Walter Boone has more than thirty years of experience as a trial lawyer in general, commercial, and environmental litigation. Walter continues to represent defendants named in Legionnaires’ disease litigation across the country and is one of the few lawyers who have on-the-ground experience defending these claims. To date, and due to Walter’s expertise in this field, Walter’s clients have been voluntarily dismissed from every case in which they were named. Walter is a regular speaker on Legionnaires’ disease litigation, and recently presented on similar topics before the Intermountain Legionella Symposium, the Smart Water Leadership Summit, and other events. 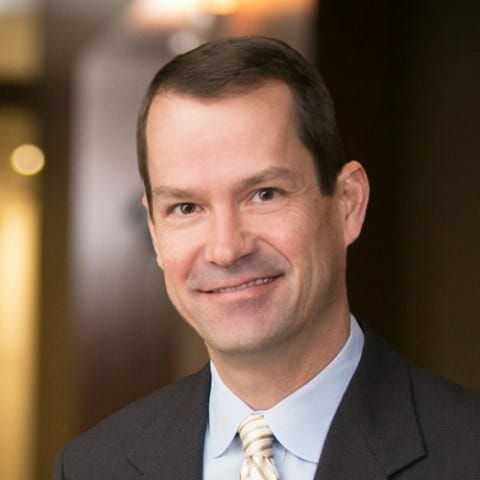 Mr. Bowcock founded Integrated Resource Management, Inc. in 1997 after serving as a Water Utility Manager in Azusa (1991-97) and Huntington Park (1987-91), California. Prior to that, Mr. Bowcock worked for the Metropolitan Water District of Southern California (1982-87), and as a United States Army Civil Affairs Team Leader designed and constructed water treatment and distribution systems for various federal branches of government in Southeast Asia and South America. Mr. Bowcock has been appointed to serve on several Watermaster Boards by California Superior Courts since 1990. Mr. Bowcock is also a founder and strategic advisor to Aqua Capital Management LP and AquaTecture, LLC. He is a licensed California Grade V Water Treatment Operator and maintains various other water industry licenses and certifications. He routinely provides expert witness testimony to both state and federal courts and conducts research and writes reports for legal firms in the specific area of water resource management. 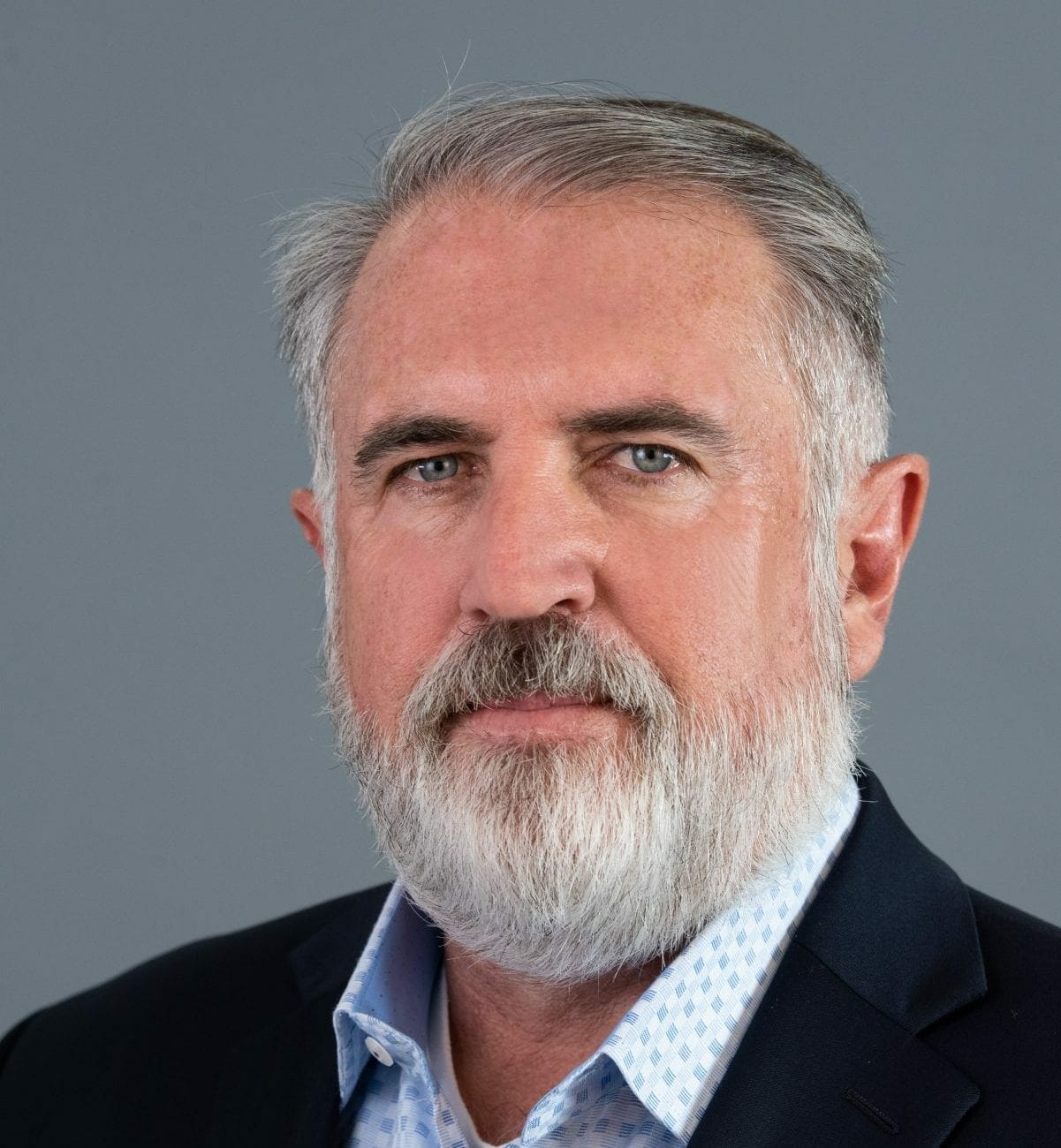 A single mother, an environmental activist and legal clerk, Erin Brockovich is an intuitive and formidable woman, insistent on helping empower others. Standing up to make a difference, her endless fighting spirit has been an inspiration to both men and women all over the world. Erin has been a consumer advocate for 20 years and is still fighting. In 1996, Erin brought down a huge American company to the amount of $300 million due to contaminated public drinking water which was distributed to the 600 affected residents of Hinkley, California. The story and eventual film helped make the “Erin Brockovich” a household name. Over time, Erin realized that she could use her notoriety to spread positive messages of personal empowerment and to encourage others to stand up and make a difference. Because of her fighting spirit, Erin has become the champion of countless women and men. She is this generation’s, “Dear Abby” and in fact receives thousands of “Dear Erin” letters and emails each year from people who are begging for help and support in their own personal struggles. Erin proudly answers every one of them.

As President of Brockovich Research & Consulting, she is currently involved in numerous environmental projects worldwide. Erin Brockovich is a true American hero who’s icon status and “stick-to-it-iveness” only fuels her determination to expose injustice and lend her voice to those who do not have one. She has requests for her help in groundwater contamination complaints in every state of the US, Australia and other international hot spots. She is currently working on cases in California, Texas, Florida, Michigan, Illinois and Missouri. Erin lives in Southern California with her husband, three children and 5 Pomeranians. 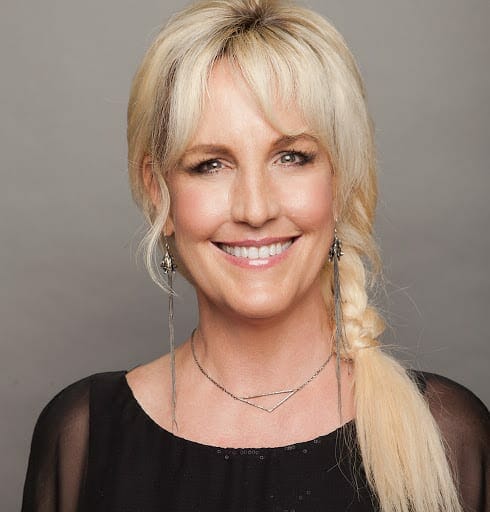 Comparing Legionnaires’ Disease and COVID-19 from a Clinical Perspective

As one of the nation’s foremost experts in his field, Dr. Cheung has led hundreds of environmental and toxicological investigations, protecting thousands of occupants and saving organizations millions of dollars. “My philosophy is preventive,” he says. “Organizations need to design and develop policies that help prevent exposures, injuries and illnesses. Once we discover the root cause of a problem – using good science – we can create an action plan to prevent it from happening again.” A former Maryland State Medical Director, he is a faculty member at the University of Pennsylvania, Perelman School of Medicine. As a Fellow of the American College and Environmental Medicine, he is nationally-recognized as an expert in Respiratory Environmental Medicine, Plant and Indoor Environmental Quality, Risk Communication and Medical Advisory Services. Board Certified in both Internal Medicine and Preventive Medicine, he holds a Masters in Public Health from Johns Hopkins and has a medical degree from the University of Maryland. He is in demand as a lecturer in prevention and remediation, as a scientific expert in legal and administrative proceedings, and has provided expert technical testimony to legislatures. Such activities include serving with the Maryland Governor’s Task Force on Indoor Air Quality, the Baltimore City Healthy Homes Advisory Board and completing a major epidemiological investigational study for the Department of Defense. 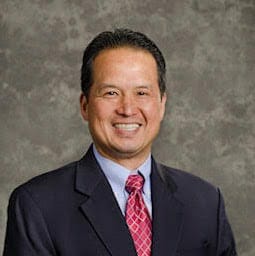 Tim Keane, owner of Legionella Risk Management, Inc. is a consulting engineer and an internationally recognized expert on methods to control Legionella in building water system design and operation and mitigate issues. He has 40 years of field engineering experience including project engineering and facility engineering, the last 20 years focused on building water system design, operation, maintenance and code development for waterborne pathogen control. He was a member of the ASHRAE 188 committee from first meeting in 2005 through publication of the 2015 and 2018 standards and development of Guideline 12 2020. He has routinely presented at ASHRAE, ASPE and healthcare conferences, offered training seminars to Plumbing designers, Infection Control and building maintenance personnel. He has worked with federal, state and local health departments as well as building owners and operators across the US in outbreak investigations and resolutions. 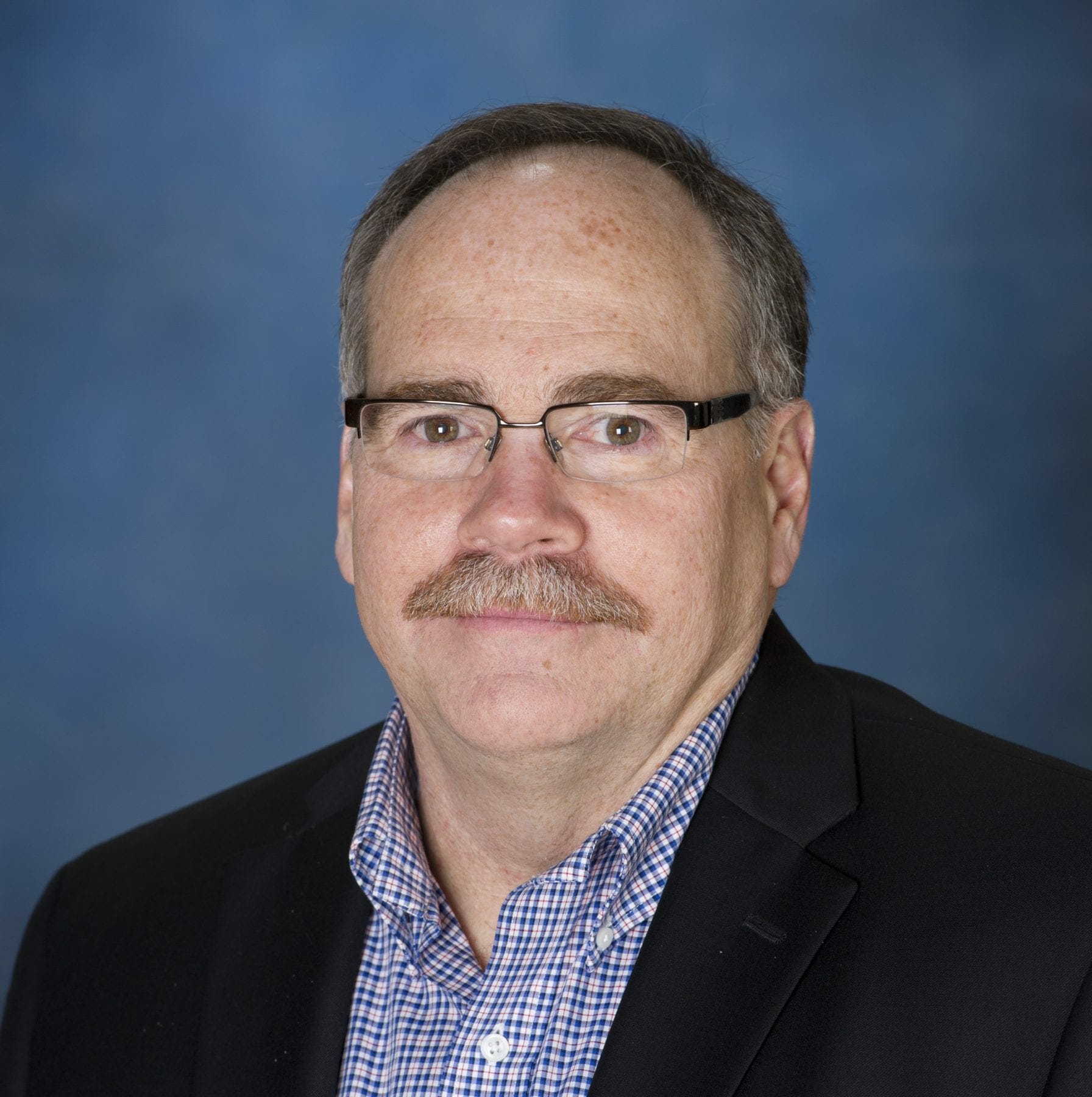 Dr. Rhoads is a research scientist at Virginia Tech. His research explores applied environmental microbiology and chemistry in building drinking water systems. William earned his PhD in Civil and Environmental Engineering at Virginia Tech, where he was supported by the Charles E. Via Doctoral Fellowship, the AWWA Larson Aquatic Research Doctoral Scholarship, and the Alfred P. Sloan Foundation Microbiology of the Built Environment Program. His dissertation work, entitled Growth of Opportunistic Pathogens in Domestic Plumbing: Building Standards, System Operation, and Design, has been recognized with honors, including the 2017 Outstanding Doctoral Student Award in the College of Engineering at Virginia Tech and the 2017 CH2M/AEESP Outstanding Doctoral Dissertation Award. He has led multiple bench-, pilot-, and field-scale research projects and surveys investigating the presence and remediation of opportunistic pathogens in the aftermath of water quality emergencies, natural disasters, and severe contamination. 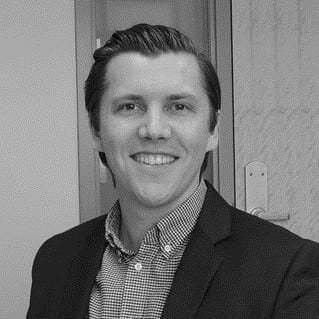 Michele Swanson is a Professor in the Department of Microbiology & Immunology at the University of Michigan Medical School. After studying biology and playing field hockey and softball at Yale, she worked as a research technician in the lab of Samuel C. Silverstein, a leukocyte cell biology expert who conducted seminal studies of Legionella pneumophila growth in macrophages. As a graduate student with Marian Carlson at Columbia and Fred Winston at Harvard, Swanson used Saccharomyces cerevisiae as a tool to study gene expression. She trained as a postdoctoral fellow with Ralph Isberg at Tufts and HHMI, where she developed cell biological methods to analyze the fate of L. pneumophila in macrophages. At Michigan, in addition to exploiting this water-born pathogen as a genetic probe of macrophage function, Swanson’s lab has investigated how metabolic cues govern the microbe’s virulence in phagocytes and resilience in the environment. More recently she worked with an interdisciplinary, multi-institutional team to investigate whether changes that coincided with the Flint Water Crisis increased the risk of infection by L. pneumophila. At the University of Michigan, Swanson teaches infectious diseases to medical students, bacterial pathogenesis to graduate students, and current topics in microbiology to first year undergraduates. She is also Director of the medical school’s Office of Postdoctoral Studies. Professor Swanson is an active member of the American Society for Microbiology, which she has served as President, member of the Board of Directors, co-host of the podcast “This Week in Microbiology”, and co-author of the ASM Press textbook Microbe. Swanson also served as a Councilor for the Society for Leukocyte Biology and Chair of a 2009 FASEB Summer Research Conference and 2014 Gordon Research Conference on Microbial Toxins and Pathogenesis. Swanson was also a committee member and co-author of the National Academies of Sciences, Engineering, and Medicine’s 2020 consensus study report Management of Legionella in Water Systems. 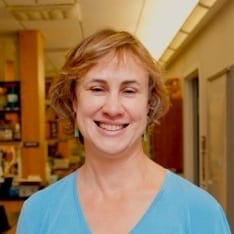 Dr. Tejwani is a pulmonary and critical care physician at Johns Hopkins University, where he came after completing residency and Chief Residency at the Cleveland Clinic. He treats patients with chronic lung conditions in clinic and hospitalized patients in the intensive care unit — including recently serving in a “COVID-19 ICU.” He is on a National Institute of Health fellowship award to study COPD and asthma and separately, is working with Allergy & Asthma Network to create a core outcome set for asthma trials. 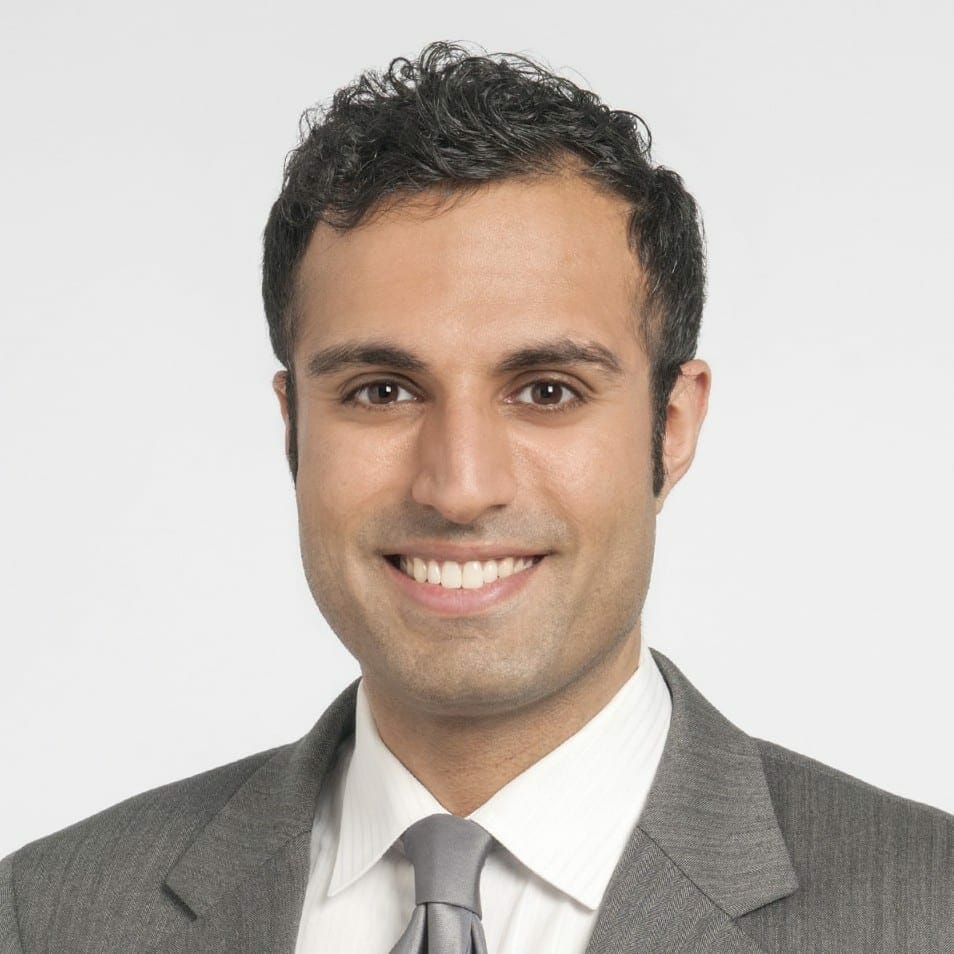 Comparing Legionnaires’ Disease and COVID-19 from a Clinical Perspective 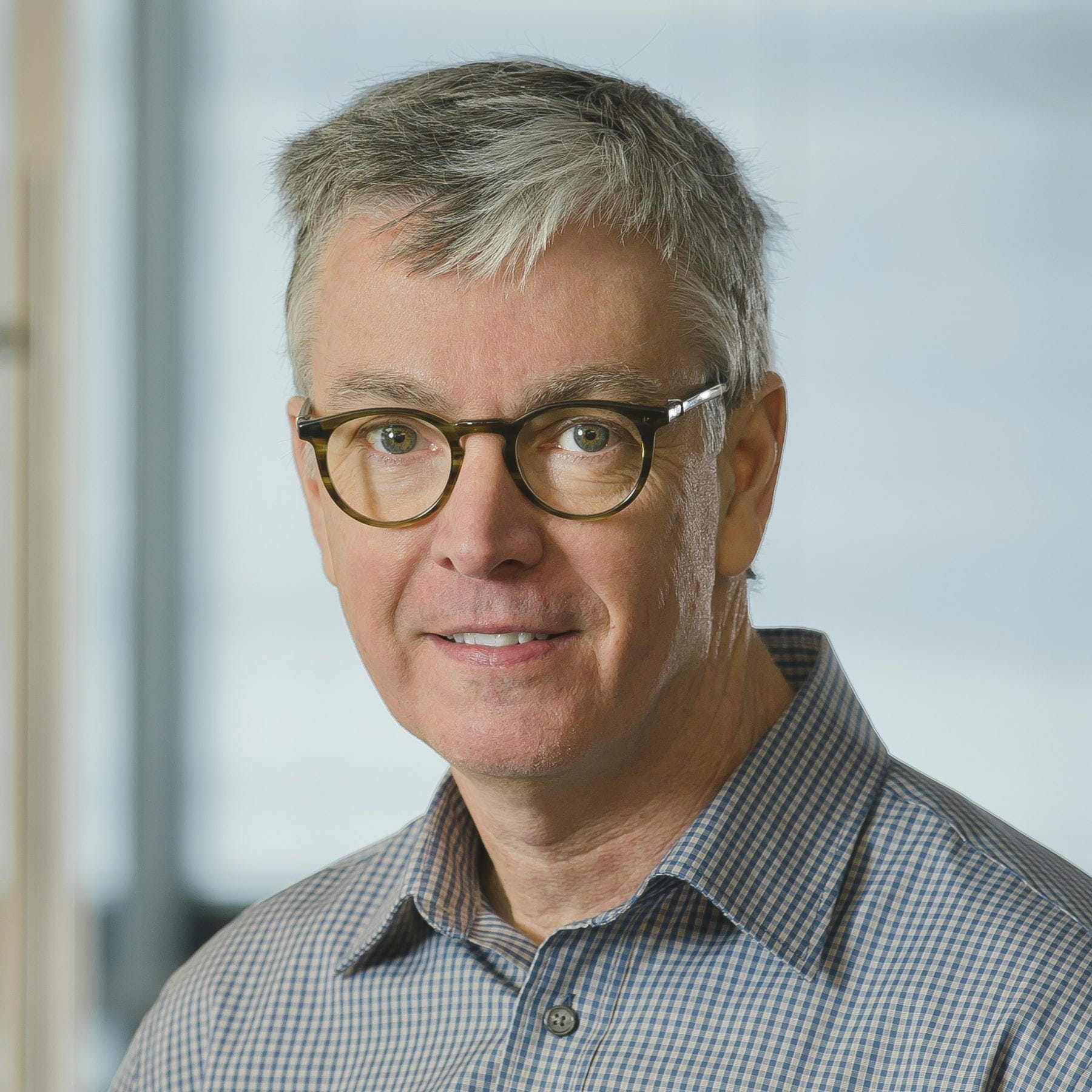 Tonya Winders, MBA is currently the President and Chief Executive Officer of Allergy & Asthma Network, the leading patient advocacy organization dedicated to ending the needless death and suffering due to asthma, allergies and related conditions. Tonya has over 20 years experience in leadership roles within the allergy and asthma industry. From sales and marketing leadership to managed markets access, she has worked tirelessly to ensure patients have access to effective diagnostic and treatment tools. Tonya serves on several expert panels including the ATS Public Advisory Roundtable & GINA international guidelines Furthermore, she is on the board of directors for the Alliance to Prevent Legionnaires Disease and the American Respiratory Care Foundation and is the current president of the Global Allergy & Airways Patient Platform, representing >50 patient organizations throughout the world. Personally, Tonya is the mother of five children, four of whom have asthma and/or allergies, ranging in age from 15-21 years old (including Karson who has PN allergy). She enjoys spending time with her husband of 24 years Brian Winders and cheering on her children in various sports. 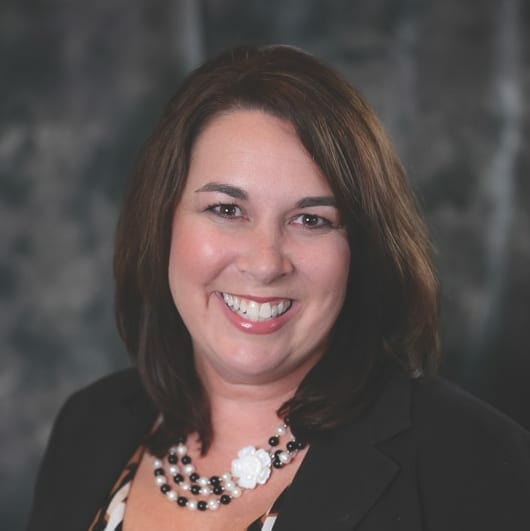